Harvard creates a renewable battery that can last for 10 years

Harvard creates a renewable battery that can last for 10 years

Imagine if your house ran on a giant, low-maintenance rechargeable battery. Researchers from the Harvard John A. Paulson School of Engineering and Applied Sciences (SEAS) developed a new flow battery capable of lasting more than 10 years. Along with its 10-year lifespan, the researchers also successfully designed the battery to remain inexpensive, non-corrosive, and non-toxic. Led by professors Michael Aziz and Roy Gordon, the groundbreaking research boasts the potential of changing the way people utilize power all over the globe. Aziz and Gordon devised a way to take advantage of the benefits of a flow battery without the energy degradation that occurs while maintaining a traditional flow battery.

A flow battery uses liquid electrolytes to store charges. Two chemical components dissolved in liquids are typically separated from each other in external tanks, with bigger tanks storing more energy than a smaller tank. Generally with flow batteries, all that’s required to recharge them is replacing the liquid electrolytes — the chemical compound that allows for an electrical charge when dissolved. Each time someone replaces the electrolyte liquid, however, the battery grows weaker, making it one of the major drawbacks of flow batteries. They also tend to be expensive to develop and maintain, due in part to the fact the tanks and membranes have to withstand toxic or corrosive liquids.

Harvard researchers found they had the ability to change the chemical composition of the positive and negative electrolyte solutions, making them water-soluble and pH neutral. This makes the battery rechargeable, without the huge amount of energy degradation. The Harvard battery loses only one percent of its capacity every 1,000 cycles. In turn, the battery could last more than a decade with minimal maintenance and upkeep.

“Because we were able to dissolve the electrolytes in neutral water, this is a long-lasting battery that you could put in your basement,” said Gordon in a Harvard news article. “If it spilled on the floor, it wouldn’t eat the concrete and since the medium is noncorrosive, you can use cheaper materials to build the components of the batteries, like the tanks and pumps.”

The Department of Energy (DOE) aims to achieve the goal of creating a battery capable of storing energy for less than $100 per kilowatt-hour, as this would make renewable energy competitive with energy produced by traditional power plants.

“If you can get anywhere near this cost target, then you change the world,” said Aziz. 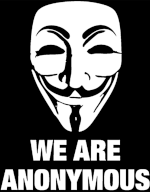